Over the years, a number of people set up Feedburner accounts to proxy RSS from our blogs into their system. I generally support the emergence of such chaos, but I cannot provide support or management. Google is end of lifing the old Feedburner, and for those of you reading via Feedburner RSS, I humbly ask that you update to https://adam.shostack.org/blog/feed/ or https://adam.shostack.org/blog/comments/feed/ (with comments).

Heriot-Watt University in Scotland is hosting a “Workshop on Serious Games for Cyber Security,” May 21-22.

The White Box, and its accompanying book, “The White Box Essays” are a FANTASTIC resource, and I wish I’d had them available to me as I designed Elevation of Privilege and helped with Control-Alt-Hack.

The book is for people who want to make games, and it does a lovely job of teaching you how, including things like the relationship between story and mechanics, the role of luck, how the physical elements teach the players, and the tradeoffs that you as a designer make as you design, prototype, test, refine and then get your game to market. In the go-to-market side, there are chapters on self-publishing, crowdfunding, what needs to be on a box.

The Essays don’t tell you how to create a specific game, they show you how to think about the choices you can make, and their impact on the game. For example:

Consider these three examples of ways randomness might be used (or not) in a design:

The chapter goes on to talk about how randomness allows players to claim both credit and avoid blame, when players make choices about die rolls and the impact on gameplay, and a host of other tradeoffs.

The writing is solid: it’s as long as it needs to be, and then moves along (like a good game). What do you need to do, and why? How do you structure your work? If you’ve ever thought about designing a game, you should buy this book. But more than the book, there’s a boxed set, with meeples, tokens, cubes, and disks for you to use as you prototype. (And in the book is a discussion of how to use them, and the impact of your choices on production costs.)

I cannot say enough good things about this. After I did my first game design work, I went and looked for a collection of knowledge like this, and it didn’t exist. I’m glad it now does.

I’m getting ready for the 5-year anniversary of my book, “Threat Modeling: Designing for Security.”

As part of that, I would love to see the book have more than 55 5 ⭐ reviews on Amazon. If you found the book valuable, I would appreciate it if you could take a few minutes to write a review.

My Linkedin Learning course is getting really strong positive feedback. Today, I want to peel back the cover a bit, and talk about how chaotically it came to be.

Before I struck a deal with Linkedin, I talked to some of the other popular training sites. Many of them will buy you a microphone and some screen recording software, and you go to town! They even “let” you edit your own videos. Those aren’t my skillsets, and I think the quality often shines through. Just not in a good way.

I had a great team at Linkedin. From conceptualizing the course and the audience, through final production, it’s been a blast. Decisions that were made were made because of what’s best for the student. Like doing a video course so we could show me drawing on a whiteboard, rather than showing fancy pictures and implying that that’s what you need to create to threat model like the instructor.

My producer Rae worked with me, and taught me how to write for video. It’s a very different form than books or blogs, and to be frank, it took effort to get me there. It took more effort to get me to warm up on camera and make good use of the teleprompter(!), and that’s an ongoing learning process for me. The team I work with there manages to be supportive, directive and push without pushing too hard. They should do a masterclass in coaching and feedback.

But the results are, I think, fantastic. The version of me that’s recorded is, in a very real way, better than I ever am. It’s the magic of 7 takes of every sentence. The team giving me feedback on how each sounded, and what to improve.

The first course is “Learning Threat Modeling for Security Professionals.”

Why would the best burger place in the United States close? Because thousands of people had the same stupid idea as you and flooded the place. Waiting times for burgers stretched to several hours, staff were overwhelmed, service declined and loyal customers were alienated.

“The dark side of the quest for the world’s best burger.”

Blackhat has released all the 2018 US conference videos. My threat modeling in 2018 video is, of course, amongst them. Slides are linked here.

Ron Woerner had me on as a guest in his business of security podcast series. It was fun to chaotically discover some of the business justifications for threat modeling, and the podcast is now live at itunes. You can learn more about the series at Business of Security Podcast Series.

I had not seen this interesting letter (August 27, 2018) from the House Energy and Commerce Committee to DHS about the nature of funding and support for the CVE.

This is the sort of thoughtful work that we hope and expect government departments do, and kudos to everyone involved in thinking about how CVE should be nurtured and maintained. 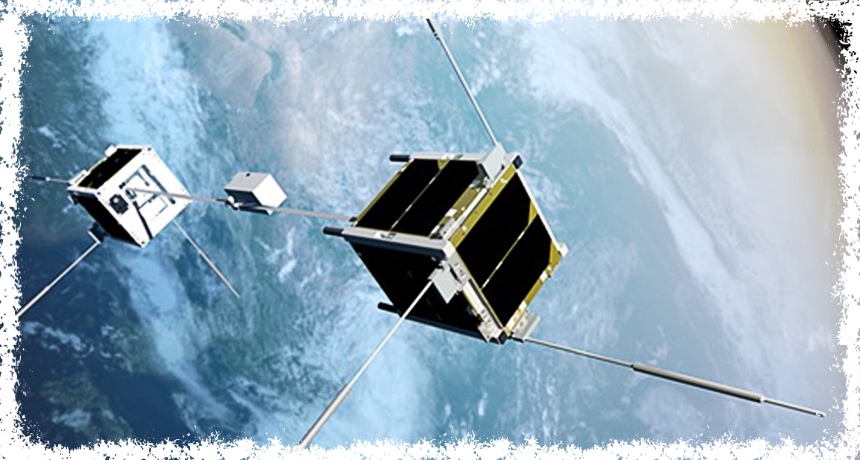 STARS-Me (or Space Tethered Autonomous Robotic Satellite – Mini elevator), built by engineers at Shizuoka University in Japan, is comprised of two 10-centimeter cubic satellites connected by a 10-meter-long tether. A small robot representing an elevator car, about 3 centimeters across and 6 centimeters tall, will move up and down the cable using a motor as the experiment floats in space.

Via Science News, “Japan has launched a miniature space elevator,” and “the STARS project.”

The slides from my Blackhat talk, “Threat Modeling in 2018: Attacks, Impacts and Other Updates” are now available either as a PDF or online viewer.

“20 Ways to Make AppSec Move at the Speed of DevOps” is in CSO. It’s a good collection, and I’m quoted.

Cybersecurity 2.0 is a new promo from Humble Bundle. Nearly $800 worth of books, including my Threat Modeling, Schneier’s Secrets and Lies, and a whole lot more!